In order to maximize success rates with in vitro fertilization we need a good number of eggs from the woman.

We prefer to get about 8-15 high-quality eggs at the egg retrieval procedure.

IVF success rates are strongly correlated with the number of eggs retrieved with IVF.

The woman is stimulated with an injected medication containing FSH (follicle stimulating hormone) to develop multiple follicles (one egg develops in each follicle).

Shots continue for 7-12 days until enough follicles are mature.

IVF stimulation protocols in the U.S. generally involve the use of 3 types of drugs: 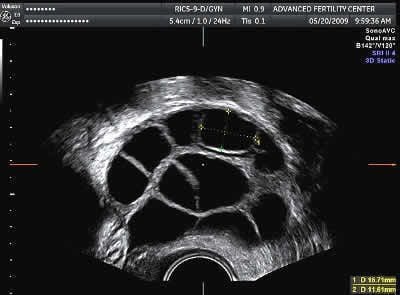 Ovarian Stimulation Using GnRH-antagonists such as Ganirelix and Cetrotide

Ganirelix and Cetrotide – as well as Lupron – prevent the woman from having an LH surge. However, Ganirelix and Cetrotide are antagonists instead of agonists. Ganirelix works by competing with native GnRH molecules at their binding sites in the pituitary – while Lupron works by “down regulating” the pituitary’s ability to produce the LH surge. This distinction is not important to understand. The bottom line is that both kinds of drugs, antagonists and agonists, prevent LH surges (in different ways).

Ganirelix or Cetrotide are usually started on (about) the sixth day of giving the FSH product that stimulates the development of follicles in the ovary. They are commonly given subcutaneously once daily and continued until HCG is given.

Cetrotide can also be be used as a single shot (in a higher 3mg dose), rather than as daily injections of the lower 0.25mg dose. When the single 3mg dose is given, Cetrotide is supposed to give 4 days of suppression (no LH surge for 96 hours). If the patient needs more days of stimulation beyond the 96 hours, the daily 0.25mg Cetrotide injections are given until the stimulation is completed and HCG is given.

However, this is when all patients are given the same protocol (Lupron vs. Ganirelix). Pregnancy rates are excellent with Ganirelix when used properly in selected patients. We use it for almost all of our egg donation cases and see excellent pregnancy and live birth rates with it in the egg donors. More studies are needed to further clarify this important issue.

Some clinics are reporting that women who are low responders to ovarian stimulation protocols that involve use of Lupron might be able to stimulate better if an antagonist such as Ganirelix is used instead.

Whether women that are low responders to stimulating drugs can do better with antagonist protocols deserves careful study in randomized controlled trials of previous low responders.

At this time we are still not sure which is the best ovarian stimulation regimen for low responders – the “stop Lupron”, the microflare, or the antagonist protocol.

Overview about ovarian stimulation for IVF

Details about the long Lupron protocol – also called down regulation, or mid-luteal Lupron 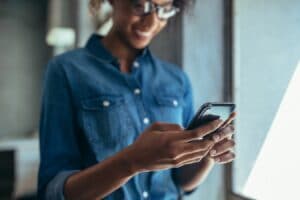