There are 3 very commonly used ovarian stimulation protocols for in vitro fertilization: 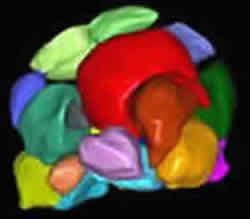 IVF stimulation protocols in the US generally involve the use of 3 types of drugs:

The ovaries are stimulated with the injectable FSH medications for about 7-12 days until multiple mature size follicles have developed.

What is the goal of a good in vitro fertilization ovarian stimulation?

With ovarian stimulation for in vitro fertilization, the goal is to get approximately 8 to 15 quality eggs at the egg retrieval procedure.

We do not want to have overstimulation of the ovaries which can lead to significant discomfort for the woman and in rare cases can result in ovarian hyperstimulation syndrome, OHSS.

In recent years we have used a Lupron trigger to reduce or eliminate risks for ovarian hyperstimulation syndrome
Our 2014 study on using Lupron triggers to maintain high success rates and reduce any risks for hyperstimulation
We also do not want the ovarian stimulation to be insufficient and only give us a few eggs if we might have been able to obtain more by using higher medication doses, etc.

In vitro fertilization can be successful with a very low number of eggs retrieved, but success rates are substantially higher when more eggs are recovered.

With the ovarian stimulation, the job of the infertility specialist doctor is to: 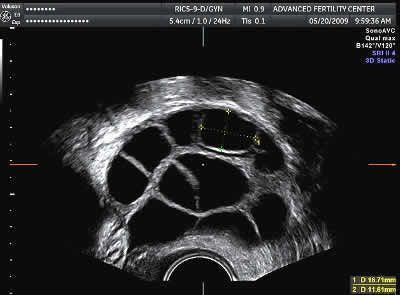 Quality control throughout the entire process is very important with in vitro fertilization. One of the ways that we have improved quality control in our program is by using highly specialized ultrasound equipment.

We use a GE Voluson E8 ultrasound machine with a computer built-in that can outline and accurately measure the developing follicles.

We have found that this method is more precise and reliable as compared to the traditional method – which is usually manual measurements in two dimensions.

The computer in the machine traces the follicle borders (in three dimensions). It then calculates a volume for each one. From the volume it calculates an average diameter for each follicle (as if it was a sphere).

This technology gives us more accurate and reliable measurements than we had in the past. 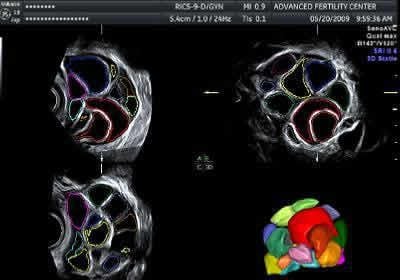 Ultrasound picture shows the three planes in a volume of data from one ovary
This patient is near the end of the stimulation – numerous follicles seen in the ovary
Upper left = sagittal plane, upper right = transverse plane, lower left = coronal plane
At lower right is a 3-D view of the follicles (generated by the computer)
See below for close up views of the same images 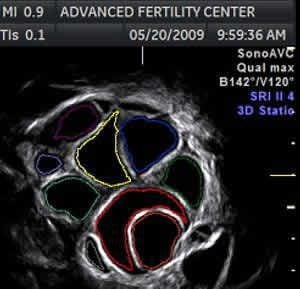 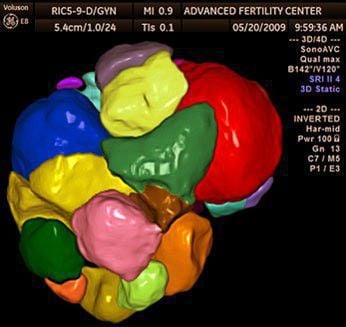 How is the monitoring of the in vitro fertilization stimulation done? 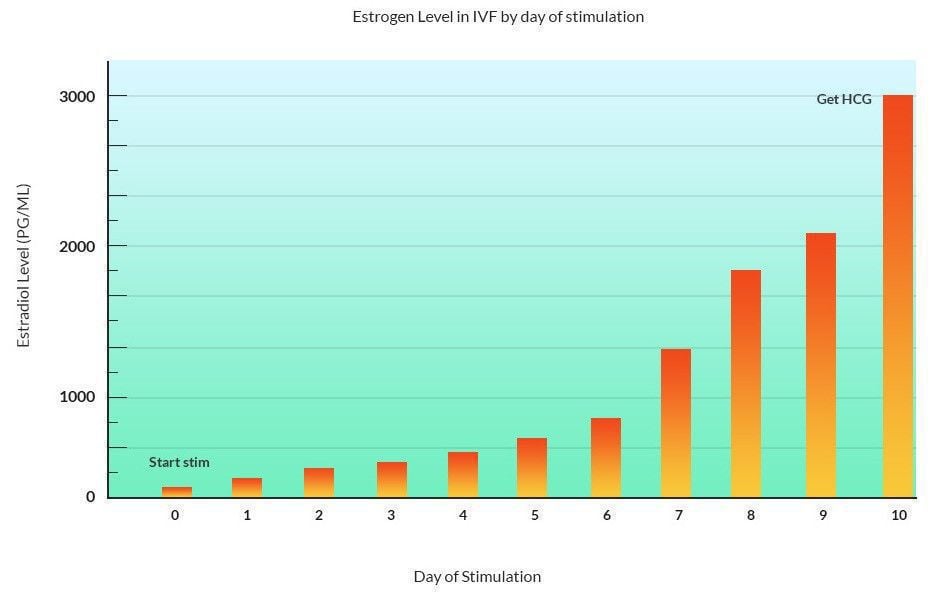 How many follicles do you need in order to get pregnant with IVF?

Usually, it is not difficult to get enough follicles to develop. However, sometimes the response of the ovaries is poor – and a low number of growing follicles are seen. The ability of the ovaries to stimulate well and give us numerous eggs can be predicted fairly well by an ultrasound test – the antral follicle count.

The minimum number of follicles needed to proceed with in vitro fertilization treatment depends on several factors, including their sizes, age of the woman, results of previous stimulations and the willingness of the couple (and the doctor) to proceed with egg retrieval when there will be a low number of eggs obtained.

In our experience, IVF success rates are very low with less than 3 mature follicles.

Some doctors will say that you should have at least 5 that measure 14mm or greater while others might do the egg retrieval with only one follicle. Most IVF programs in the US want a minimum of about 3-4 mature (or close to mature) follicles.

Women that are more likely to be low responders to ovarian stimulation would be those that have low antral counts, those women who are older than about 37, women with elevated FSH levels, and women with other signs of reduced ovarian reserve.

IVF failed – what to do next after a failed cycle in order to have success with the second IVF attempt?