When pregnancy begins depends on how “pregnancy’ is defined. 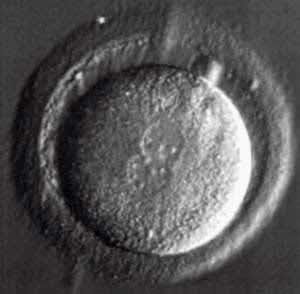 HCG, or human chorionic gonadotropin, is a hormone made by the pregnancy that can be detected in the mother’s blood or urine even before the woman’s missed period. This hormone is what we look for with a “pregnancy test”.

HCG is first detectable in the blood as early as 7-8 days after ovulation by very sensitive HCG assays (research assays). In real life, blood pregnancy tests will be positive (> 2 mIU/ml) by 10-11 days after HCG injection or LH surge.

In general, the HCG level will double every 2-3 days in early pregnancy.

85% of normal pregnancies will have the HCG level double every 72 hours.

HCG levels peak at about 8-10 weeks of pregnancy and then decline, remaining at lower levels for the rest of the pregnancy.

There is a large variation in a “normal” HCG level for any given time in pregnancy.

Learn about pregnancy after ectopic pregnancy

Some normal pregnancies will have quite low levels of HCG – and deliver perfect babies. Caution must be used in making too much of HCG “numbers”. Ultrasound findings after 5-6 weeks of pregnancy are much more predictive of pregnancy outcome than are HCG levels.

For women that have had an HCG injection as part of their fertility treatment, the hormone takes about 5-14 days to clear from her system, depending on the dose and the individual woman. This can causes problems with interpretation of pregnancy tests done earlier than 14 days after an HCG injection.

HCG levels from normal singleton pregnancies (and twins below)

The information in the table above is part of a study carried out by Dr. Sherbahn that compared HCG levels from single, twin and heterotopic (combined intrauterine and ectopic) pregnancies.

Transvaginal ultrasounds of normal pregnancies at 5.5 weeks of gestation
Gestational sac (black area) is seen with yolk sac inside. An identical (monozygotic) twin pregnancy at the same stage is shown as well as an early twin pregnancy showing non-identical (fraternal) twins.