Cryopreservation is freezing tissue or cells in order to preserve it for the future.

What percent of patients will have excess embryos for freezing?

The response to ovarian stimulation and egg quality are both age-dependent. Therefore, the percent of couples with embryo freezing varies based on female age. 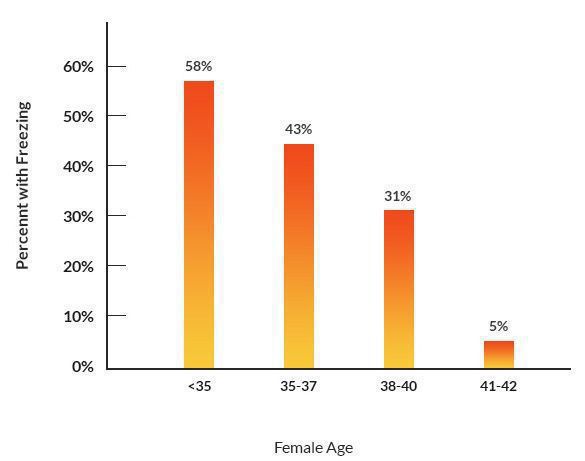 How many embryos are frozen on the average with an IVF cycle? 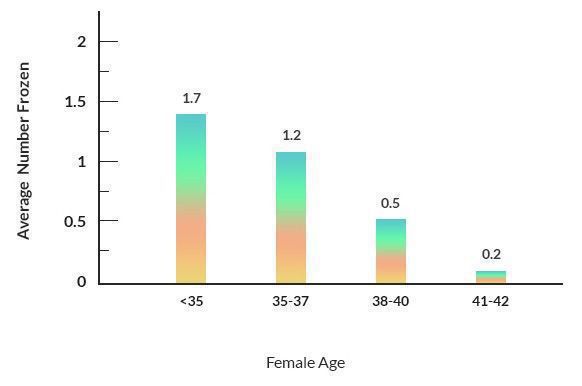 Average number of embryos frozen with IVF according to female age

What is vitrification for IVF?

For example, by adding a cryoprotectant, water can be cooled until it hardens like glass without any ice crystals forming. This is important in the embryology world because ice crystal formation can be very damaging to frozen embryos (or other frozen cells).

We started vitrification of blastocysts in our IVF lab in early 2008 and have seen excellent post-thaw embryo survival and substantially higher pregnancy rates after frozen transfer procedures.

A short history lesson
In 1972 preimplantation mammalian embryos were first successfully cryopreserved. The method was very time consuming. Slow cooling was used (1 degree/min or less) to about -80 degrees Centigrade. Then the embryos were placed in liquid nitrogen.

The embryos also needed to be thawed slowly and a cryoprotectant added and removed in many gradual steps. This was a lot of work.

The first reported pregnancy in humans from frozen embryos was in 1983.

Most of the research has been done on mouse embryos. Development of frozen thawed mouse embryos, in vitro and in vivo, is not statistically reduced as compared to their nonfrozen counterparts.

Cryoprotectants are used in the solution that the embryos are frozen in. There are 2 basic types – permeating (e.g. propanediol) and non-permeating (or extracellular) such as sucrose.

Cryoprotectants are useful because they:

Embryos can be frozen at the pronuclear stage (one cell), or at any stage after that up to and including the blastocyst stage (5-7 days after fertilization). Different cryoprotectants and freezing solutions and protocols are used for different stages of embryo development.

We are here to answer any questions or concerns you may have so that you feel completely confident when taking the first step toward building your family.